Lies are generally frowned upon within our modern day society. No matter how big or small a lie is still a lie. Your Lie in April revolves around a hugeeeeee lie that will leave you heartbroken and possibly bedridden for the next month contemplating your very own existence and life choices. Oh yeah, this shit was sad. This anime is the very definition of YOLO combined with the elegant classical masterpieces that will leave you in awe.

This anime revolves around a piano prodigy, Kōsei Arima. People call him the Human Metronome for his incredible accuracy but I call him an absolute beast. He’s won so many competitions that his trophy cabinet is overfilled to the point where it’s about to topple over. Ever since his mother passed away, Kōsei loses his ability to hear the sound of music he’s playing. Its described as sinking into a sea of black abyss that was very dense and heavy. Nothing was wrong with his hearing, but however, the kid was mentally and emotionally scarred.

Losing all hope in his ability, Kōsei forgets about the piano and moves on with his now monochrome life. It has been 4 years since he has touched his piano and that shit was probably a nest for spiders now. One day, Kosei was hanging out with his friends in a local park and suddenly hears something incredibly beautiful. As he turned to face the sakura blossoms floating in the air he was bewitched by the sight of our waifu Kaori Miyazono.

Kaori is fun, free-spirited violinist with a music style that somewhat reflects her quirky upbeat personality. Her rebellious tendencies to not stick to the score captures the heart of the audience but is disliked by many judges and critics. She is keen in helping the prodigy get back on his feet again. She feels sorry for him and wants to see a new side of him, unlike his usual tempo-manic style. However, like all anime, Kaori decides to go out with Kosei’s best friend, Watari. I don’t blame her, he was the captain of the soccer team and pretty much the whole package. This was the FIRST LIE. 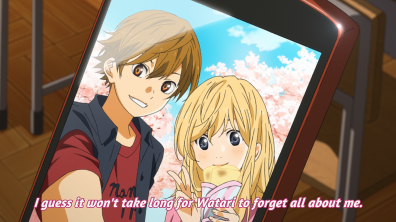 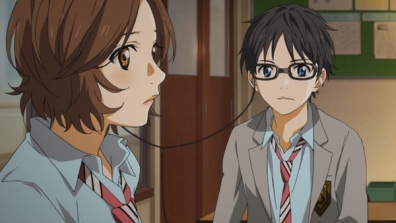 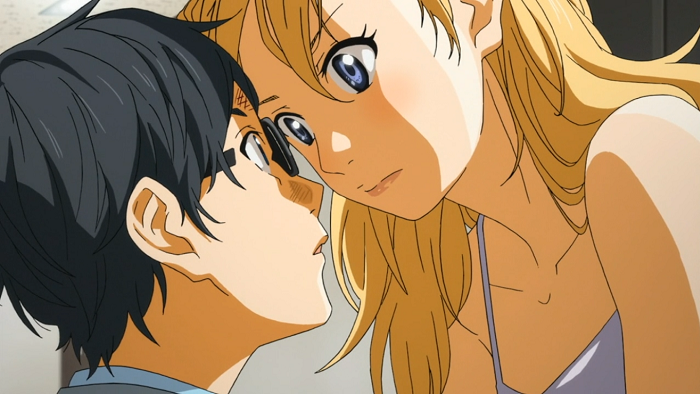 What good would a love anime be without a couple of love triangles here and there? We’ve got the childhood friend Tsubaki who has been in love with Kosei since they were young. Kosei’s inspiration for playing so well in his first competition was the death of Tsubaki’s grandmother. He just wanted to cheer her up but instead ends up making her moist.

You’re probably thinking, where is the actual lie in all of this? Well just wait a bit longer and all shall be revealed. Kaori somehow manages to convince Kōsei to perform with her on stage. And suddenly out of nowhere she collapses after an amazing performance. Her SECOND LIE was that she’s anaemic and has been ever since she was little. Her disease was Friedreich’s Ataxia. To put it simply, her nervous system was breaking down causing damage with her muscles, speech and ultimately leading to a heart disease.

Despite that, she soldiers on after being discharged and invites Kōsei to another music event. But hello, she faints again at the event. 10/10 for effort though. Poor Kaori losing hope and giving up on life. Kōsei had to soldier on and played a duet with Nagi Aiza. After hearing the duet, Kaori was balling her eyes out and decides to undergo the risky surgery in hope of being able to play next Kōsei again.

Push comes to shove Kōsei musters up the courage and a pair of balls to enter the Eastern Japan Piano Competition. Looking around for Kaori in the crowd, she was sitting there in the back row smiling. Kosei realizes that this was actually her spirit and that her surgery was unsuccessful. The sorrow from each key was projected to the crowd allowing them to connect the Kōsei’s emotions from the bottom of his heart. Oh, and when you hear him say “Sanoyara“, you better get that box of tissues ready.

Not only can you witness the PSYCHO childhood upbringing of the metronome prodigy but you can also experience the people he inspired throughout his journey. With the beautiful sakura blossom transitions into fall, this anime will seriously leave a good impression and a long-lasting nostalgia. The friendship formed between the 4 was no doubt beautiful. Arima’s dependancy towards Tsubaki and but mainly Kaori was the most tragic love story since Romeo and Juliet. The letter symbolising the acceptance of his feelings, but also trying to help him move on with his life as Kaori thought Kōsei didn’t see her as a true lover but more of a musical partner.

Kaori declaring her love for Watanabe for everyone to know was the “Your Lie in April”. Remember the first lie I talked about? Well, at Kaori’s funeral, her parents handed a handwritten letter to Kōsei. We find out that Kaori was in love with Kōsei the entire time!!!!! She was only using Watari to get closer to Kosei without hurting Tsubaki’s feelings. Not all is bad, 2nd waifu is still alive and she confessed to Kōsei and promised to stay by his side for the rest of his life. 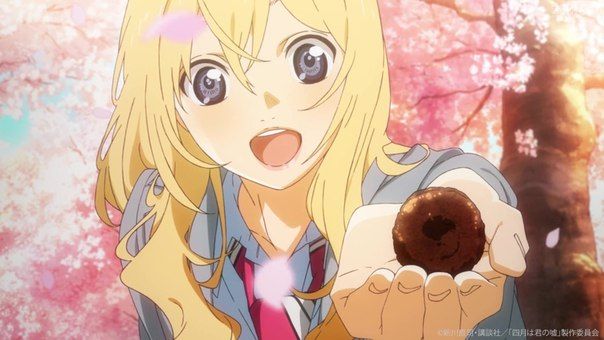 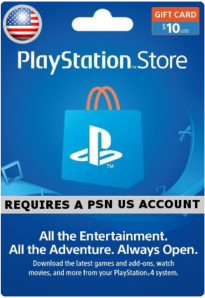 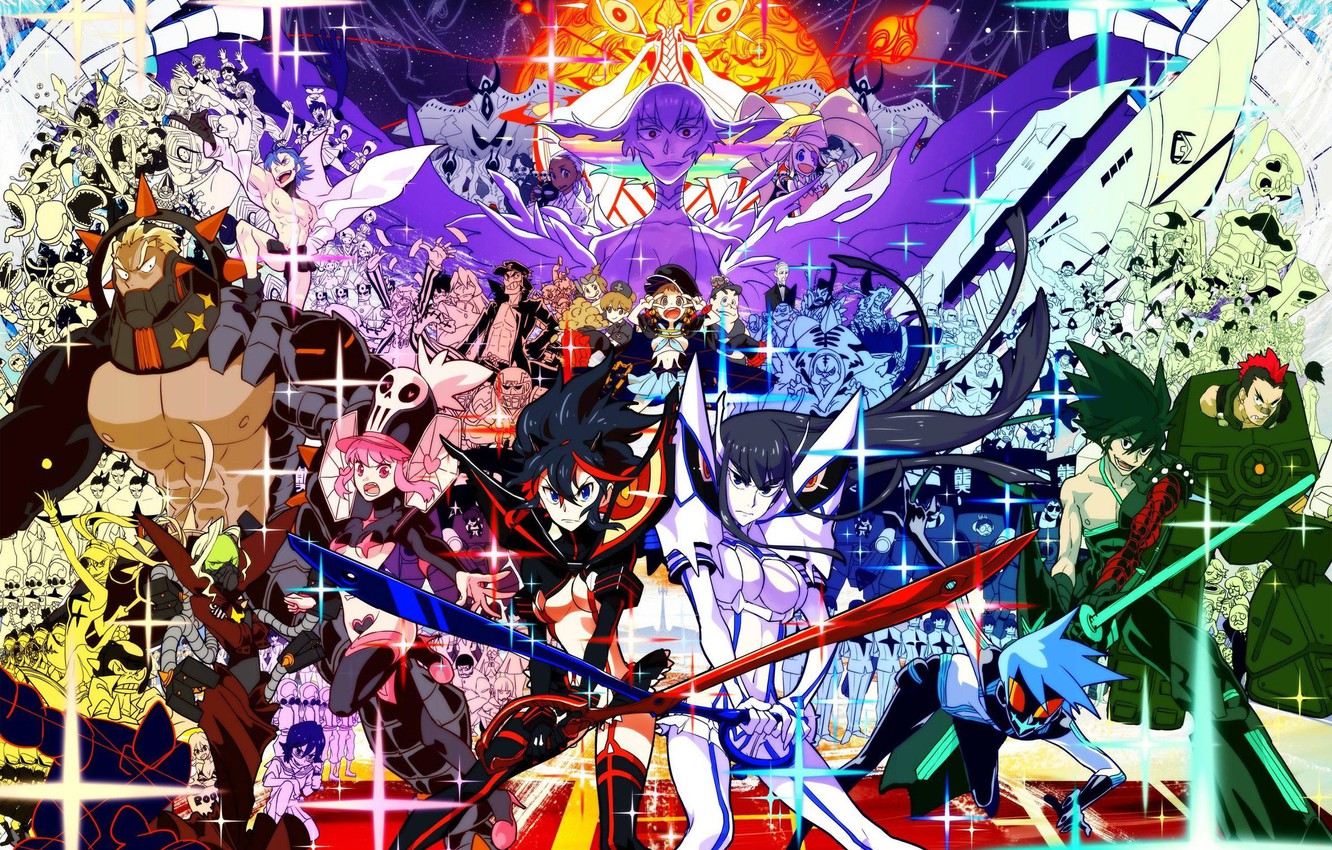 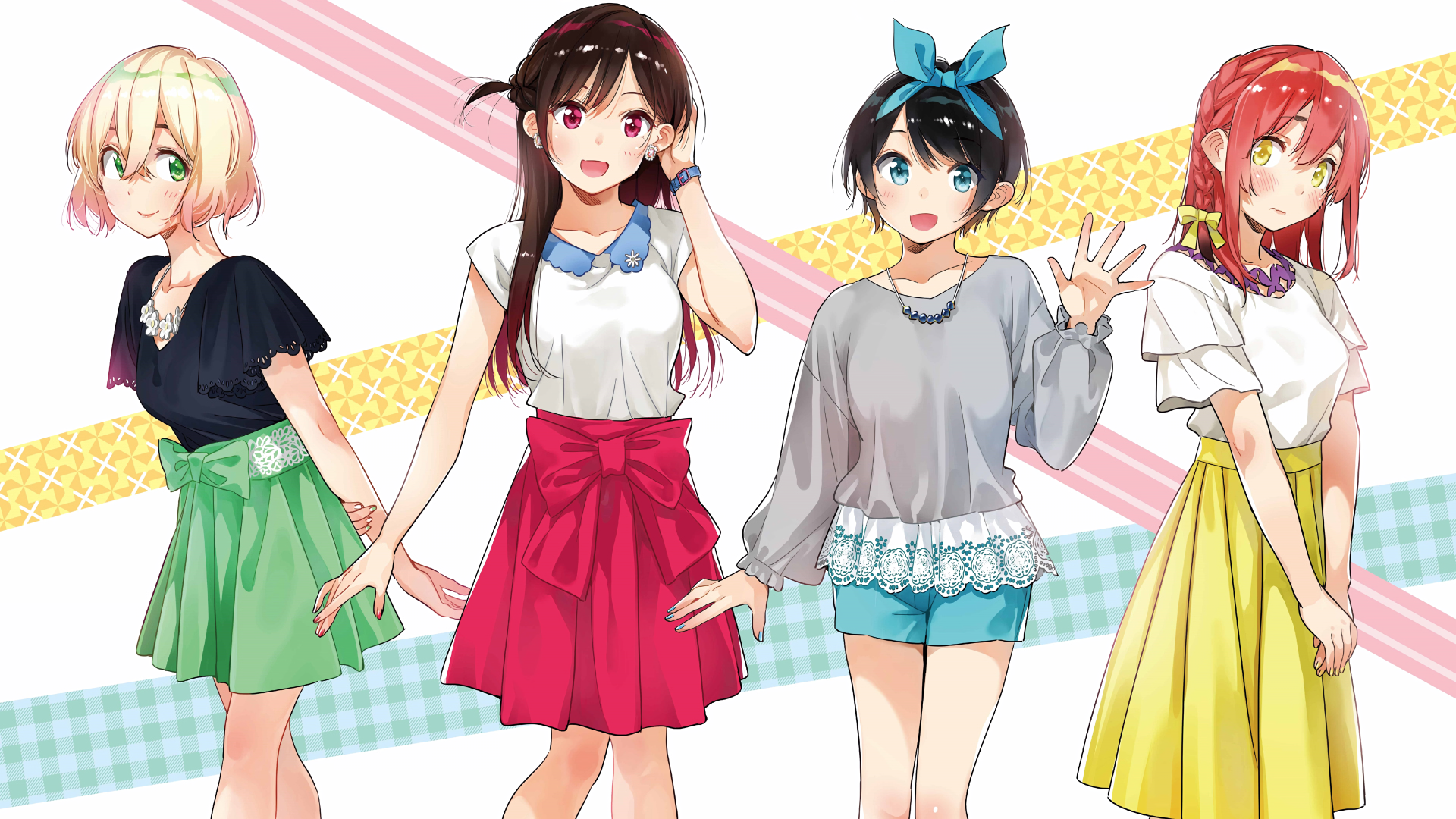 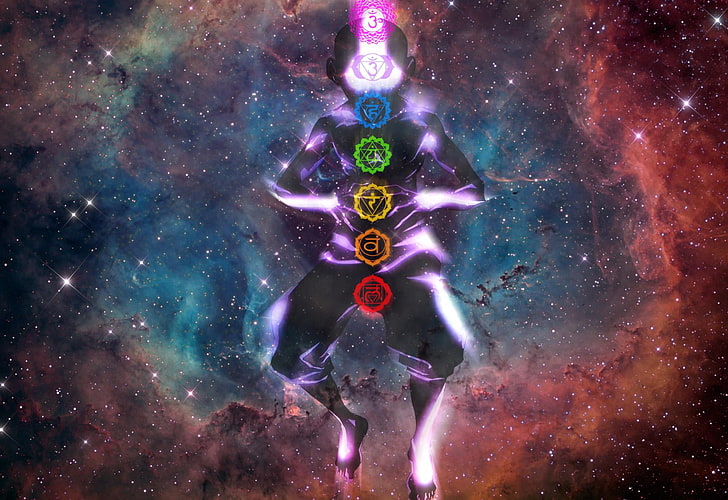 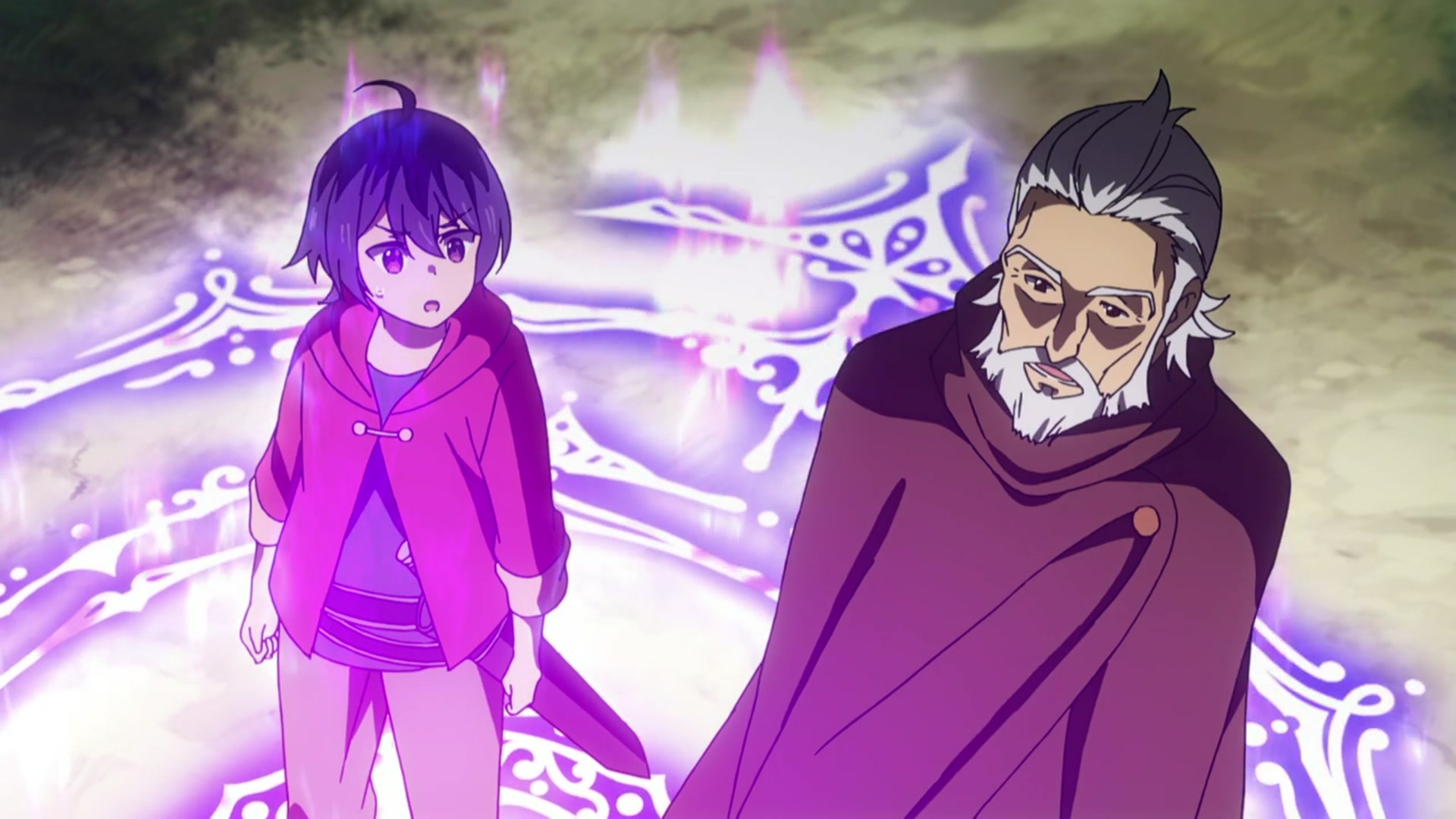